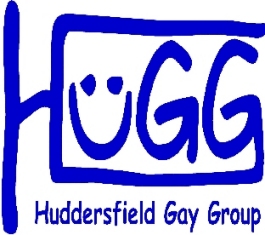 LGBTI groups will band together to show solidarity to those facing homophobia.
Local organisations from lesbian, gay, bisexual, transgender/transsexual and intersexed communities, including Huddersfield Gay Group, Sisters SHOUT and Yorkshire Mixtures, will unite on the steps of Huddersfield Town Hall at 12.30pm on May 18 to mark International Day Against Homophobia and Transphobia.
Colourful flags and banners will be waved in the air at the rally in support of upholding of human rights for all, irrespective of sexual orientation, gender identity or expression.
The awareness day was created in 2004 to draw the attention to the violence and discrimination experienced by LGBTI people internationally.
This includes in the 81 countries where same sex relationships are still illegal and the 70 per cent of the world population who must live under laws and regulations that limit freedom of expression around sexual orientation and gender identity.
The day will formally be celebrated on May 17, marking the date in 1990 when the World Health Organization removed homosexuality from its list of mental disorders.