The Short History of a Prince
Jane Hamilton
Random House 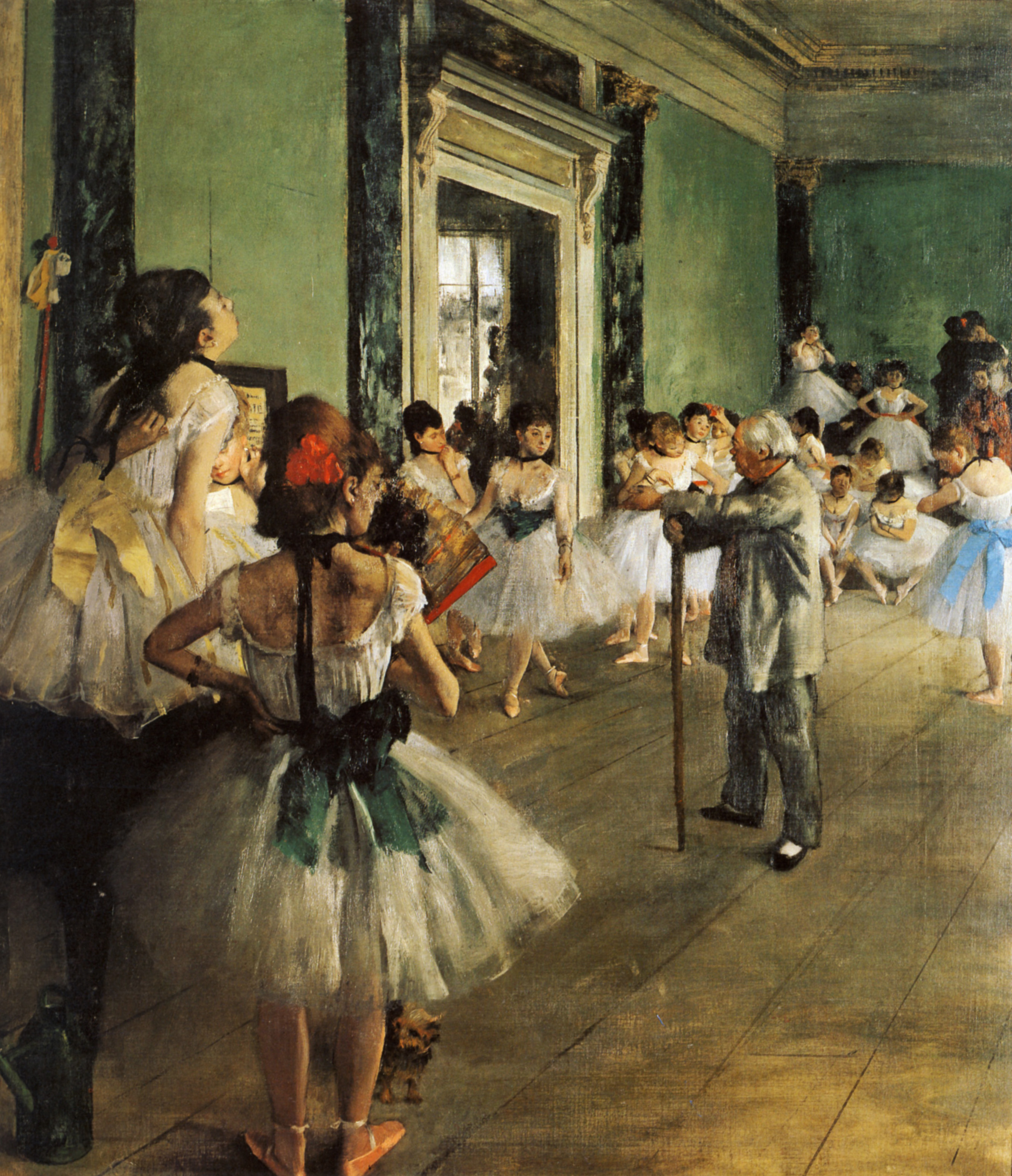 Classical bell tutus in The Dance Class by Degas, 1874

This well-told tale is about a wee poof called Walter (yes, quite) who is studying ballet and is an opera-lover (..).  His two friends from his small Midwestern town, with whom he travels to Chicago four times a week to classes, are Mitch (whom he lusts after) and Susan (who goes on to be a professional in a moderately important company.  Mitch vanishes midway through the narrative (he becomes a property developer in southern California).  Although his personality is filtered through Walter’s perceptions, he is potentially the most interesting character in the novel.  He engages in pretty heavy-duty (if low-level) sex with Walter.  They are in their very early teens, at this stage, and Susan has transferred her affections from Mitch to Walter’s dying brother, Daniel.  At a climatic (but not terribly convincing) scene, Mitch says to Walter “You’ll always be a homo”.  Why the “always”?  Walter suggests that Mitch – a brilliant performer – gives up on ballet because it is a “faggot world”.  Persons sure of their sexuality would not be fazed by such a situation – even though this was in the very early 1970s – before the ‘explosion’ of ballet companies all over the USA [a bit of social / cultural history will do yiz good].
It is difficult to understand why Ms Hamilton decided to make her central character gay.  Her approach to his sexuality is similar to the authors of 1960s pulp rubbish.

There’s a touch of cross-dressing (not “drag”, which liberals tend to find even more puzzling than do standard-issue straights), transsexualism – and our old friend mental-arrestation loiters about like a child-molester at a nursery gate. For a man who lived through two cultural revolutions (Gay Liberation in the ‘70s and the interminable AI>DS crisis), and in New York, Walter McCloud is a curiously old-fashioned figure.
It would be unfair to Ms Hamilton and her potential readers to concentrate on the book’s blemishes (which include the glutinous title), as she has the born story-teller’s knack of keeping the reader interested.  And, at heart, this is the story of a family and a house.