You are here: Home / History / U.K. May Beat Record for Gay and Lesbian Lawmakers After Vote 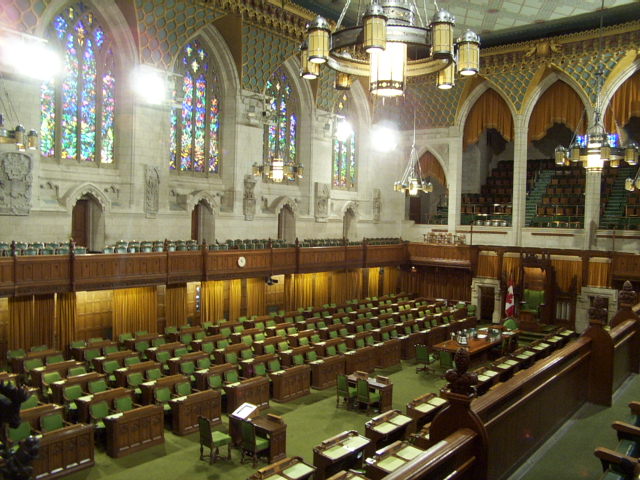 The U.K.’s House of Commons may break its own record for the number of openly lesbian, gay, bisexual or trans-gender lawmakers after the May 7 general election.
There are more “out” candidates in winnable districts than in 2010, according to analysis of incumbent and prospective lawmakers across Britain’s 650 parliamentary constituencies by the LGBT Representation and Rights Research Initiative at the University of North Carolina, Chapel Hill.
“The Parliament elected on May 7 will almost certainly have even more out lesbian, gay and bisexual MPs than before –- a new record high,” Andrew Reynolds, the initiative’s director, said in an e-mailed statement. “There are more out candidates and more in winnable seats.”

The 26 openly LGBT House of Commons lawmakers elected in 2010, including 13 Conservatives, already represent the highest number among comparable legislative chambers in the world, the report said. Former minister Chris Smith, who now represents the opposition Labour Party in the unelected House of Lords, was the first House of Commons lawmaker to “come out” as gay in 1984.
Prime Minister David Cameron pushed his Conservatives to legalize same-sex marriage in 2013 with support from the Liberal Democrats, his junior coalition partner, and Labour. The move sparked anger among rank-and-file lawmakers and polls showed it led some voters to switch their support from the Conservatives to the U.K. Independence Party.
There are likely to be fewer “out” Conservative MPs and at least five more for the Labour Party after the election, the report said, citing analysis of races in individual districts.
Deputy Prime Minister and Liberal Democrat leader Nick Clegg said on Thursday that gay rights laws could be rolled back after May 7 if there is a Conservative-led coalition government reliant on support from UKIP and the Democratic Unionist Party, a Northern Irish group with socially conservative views.
The Conservatives are now equal with Labour as the party of choice for gay voters, according to a survey by the PinkNews website last month.