The Independent needs to realise that whilst any community welcomes the free and open debate that this article brings, it is difficult to see that a bias has not been shown by the choice of the photograph chosen to represent the LGBT community.

Politics Not At Work

A continuing discussion has to be happening with both Stormont and Westminster and that is obvious; but the fact that the Conservative government can only continue to hang on with the support of the Unionist votes who have made it plain that marriage equality is not acceptable on ‘their watch’ only further highlights the limited political attitude in Northern Ireland.  Politics in Northern Ireland is a sham and the politicians in Stormont cannot be said to be truly representing the population when they are not in Stormont carrying on business.

The Independent Needs to Review

However, in going back to the article I would suggest that the Independent is more selective in its photograph choice for future articles.

Same-sex couples have been denied full access to Northern Ireland’s largest Protestant church.   As a result of a new policy formally adopted by the Presbyterian Church at its annual meeting in Belfast, they will no longer be able to have their children baptised.

By The Gay UK, Jun 30 2015 09:58AM
A new digital campaign was launched yesterday by the Terrence Higgins Trust to remind gay men and MSM (men who have sex with men) to get tested for HIV regularly.

(C) Terrence Higgins Trust
A feel-good video has been launched by THT as part of the charity’s mission to get more gay men and MSMs to test for HIV more regularly.
The launch is part of its continuing efforts with the It Starts With Me campaign. Figures show that gay and bisexual men are still the most affected by HIV in England.
There is an estimated 43,500 gay and bisexual men living with HIV in the UK, one in six of whom don’t know they are positive, so could pass it on without knowing.
The summery video features a male couple who get together at a BBQ.
Cary James, Head of Programmes at Terrence Higgins Trust said:
“The fight against HIV will not only be won by large organisations or governments, but by the actions of individuals in the most personal and intimate moments of their lives.
“At this time of the year when the LGBT community comes together to celebrate Pride, we hope this video will inspire all of us to play a part in stopping HIV by regular testing and protecting each other by using condoms.“
The #TogetherSummer video and social media activity will direct people to the It Starts With Me website which offers a tool to find the nearest testing clinic, a the perfect condom, and a tool to tell you whether or not you need a HIV test.
HIV Prevention England’s It Starts with Me campaign launched in April 2013, and is co-ordinated by Terrence Higgins Trust, funded by Public Health England.
The campaign speaks directly to gay and bisexual men, chiefly about the importance of HIV testing and using condoms.

By The Gay UK, Apr 17 2015 10:29AM
Dapper Overtones are taking over ITV as they promo their new album Sweet Soul Music.

The supergroup, of which 3 are of the man loving variety, are due to sing on This Morning. In a recent interview with TheGayUK, the boys undertook a How Gay Is interview where we revealed that Lachie, would love to be Belle from Beauty And Beast, as he loves dancing with big hairy men. (Don’t we all)
We also found out that Timmy, the band’s loveable lead singer, doesn’t think Katie Hopkins is a gay icon.
The fivesome recorded River Deep Mountain High with X Factor winner Sam Bailey, talking about the recording Darren Everest from Essex said, “She’s cool man, she’s a really cool girl. Really down to earth, loves a chat… We just sat there for two hours and we’re like, ‘we should probably do some singing now…’ It was really cool to see her and Lachie go in, they had a mic each when they were doing their leads. It was like one big sing off. It was really cool. She was heavily pregnant and we were a bit like, as she was hitting them high notes, ‘I hope she doesn’t pop…'”

By The Gay UK, Apr 17 2015 08:20AM
The ultimate high for every established filmmaker is to have your work accepted by the prestigious Cannes Film Festival, so you can imagine what a remarkable achievement this is when you are still a student and this is your very first film. This is exactly what happened to Robert Doobay a student at the University of Central Florida

Earlier this year in January he created a film with the help of his two best friends Gordon and Andrew for Campus Movie Fest 2015, and when it came to awards time they took home the Top Four and Best Directing Awards. They then got an offer of a screening in Hollywood this coming July, but then in early April, he received an email with news that their short film had been selected to play at Cannes.
Attending Cannes will open up huge doors for anyone who attends, as they will be able to network with industry professionals, attend production workshops, buy and sell rights to production companies, and, of course, watch great films. The problem, a huge one for a student, is that it costs money to get there, so Robert has opened an appeal for help raise this on gofundme.com
We are happy to lend our support and we think you will too after you watch his wee film which will hit a chord with anyone who has ever had a Grindr encounter.
Click on the link to the film, and then you can click on the link to donate. Every little bit will help send this talented young man on his way to fulfill his dream (and maybe encourage him to even get back on line again).
Click here to go directly to the GoFundMe page
by @RogerWalkerDack 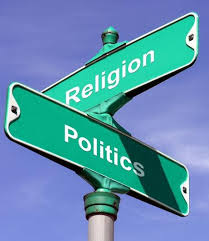 Homophobic bullying is still happening throughout society, and in particular in our schools.  None of us condone it, but very few of us actually do anything concrete to stop it, and in particular families of LGBT kids are often to quiet in challenging schools/colleges/universities when they are aware of what has happened to their child or to someone they know.

In our previous comment on the Ashers Bakery case, we noted that the Office of the First MInister along with the Deputy First Minister funds the Equality Commission, this means they are responsible for ensuring equality in our schools but why is it that our legislative bodies seem to be dragging their feet over ensuring that our children our safe from any kind of bullying in our schools?

Is political dogma getting in the why of natural rights?  I will let you decide when you next speak to your MLA/MP and at the ballot box.

Funds awarded to projects to train school staff and provide support for pupils affected by homophobic, biphobic and transphobic bullying.

Classroom (C) Thomas Favre-Bulle via Flickr
Today eight organisations will be told they are to get a share of £2 million to help prevent and eradicate homophobic, biphobic and transphobic (HBT) bullying. The funding was announced by Jo Swinson, Minister for Women and Equalities, and Secretary of State for Education, Nicky Morgan, in October 2014.
Homophobic bullying in schools is decreasing: 55 per cent of lesbian, gay and bisexual young people surveyed for Stonewall’s 2012 School Report said they had experienced homophobic bullying, down from 65 per cent in 2009.
However further action is still needed. Metro’s Youth Chances Survey 2014 found that more than half of gay young people had experienced either discrimination or harassment. In a report from Stonewall last year 86 per cent of secondary school teachers and 45 per cent of primary school teachers said pupils at their school had experienced homophobic bullying. Most (89 per cent for secondary schools and 70 per cent for primary) had heard homophobic language used. Teachers say they lack the knowledge and confidence to tackle HBT bullying effectively. These projects will help to build that confidence by providing training and resources for school staff.
Minister for Women and Equalities, Jo Swinson, said, “It’s good news that schools are making progress on homophobic bullying, but it must be eradicated entirely. The trauma of being bullied at school can stay with you for life, and it is absolutely unacceptable that those who may be gay, lesbian, bisexual and transgender are being targeted. Teachers need specialist support and training to help them stamp out homophobic bullying, which is why we have funded these excellent projects which are designed to tackle this issue head on.”
The organisations awarded funding are:
Anne Frank Trust (£104,894) – to run workshops and educate young people about prejudice and the impact of the Holocaust on lesbian, gay and bisexual people.
Barnardo’s (£263,218) – to provide face-to-face support for victims of HBT bullying and training for staff with a focus on cultural issues in schools in Leeds and Wakefield.
Diversity Role Models with Brook (£277,722) – to develop and deliver training on tackling HBT bullying to 10,000 teachers and staff in 400 schools.
EACH (£189,304) – to deliver a training and resource programme in schools across Avon and Somerset.
Educate and Celebrate (£214,048) – to train staff in 60 schools, giving them confidence and strategies to address HBT language and bullying and promote inclusiveness throughout the school environment and the curriculum.
National Children’s Bureau (£128,754)– to train 1,500 teachers on tackling homophobia, biphobia and transphobia through PSHE.
Show Racism the Red Card (£119,557)– to hold workshops with 2,000 young people at football clubs around England, train 200 teachers and run a film competition for young people on tackling HBT bullying.
Stonewall (£465,594) – to extend and share its ‘train the trainer’ course with 60 partner organisations, enabling them to run the programme with schools in their local communities and giving them the skills to tackle HBT bullying.
ALSO READ:1 in ten calls to Samartians are worried about their sexualityMarcel Varney, Assistant Director for Barnardo’s, said, “At Barnardo’s, we hear about HBT bullying from the young people we work with across the organisation. We know that the bullying of a young person because of their sexuality can be incredibly damaging and can impact dramatically on a young person’s ability to succeed at school.
“This commitment from the government will enable us to reach hundreds of young people to alert them to the impact of HBT bullying. It‘s a big step towards stamping out HBT bullying. We aim to improve the visibility of LGBT lives in the school environment and ensure that young people are supported regardless of culture or religion.”