You are here: Home / Anti-Bullying & Homophobia / LGBTs would not have to fight if they were equal 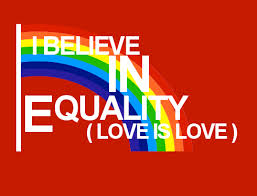 I have republished this letter from the Belfast Telegraph published on 25th November 2014, I believe it brings a fair and interesting review of the situation regarding the equality and being gay in Northern Ireland:


Dermot O’Callaghan (Writeback, November 21) may have a point that the whole issue over the cake that Ashers refused to bake is all about power, though the problem is that the people who are exercising the power are not necessarily the ones that he claims are abusing it.
From 1967 until 1982 the LGBT community in Northern Ireland were fighting to be equal with those in the rest of the UK. In the end it took court action for the decriminalisation here and in Scotland to catch up with the rest of the UK. Looking at the debate in Westminster back then you can see the level of power and privilege that our elected representatives largely, but not exclusively, unionist had when they decided it was their right to impose to keep gay men in Northern Ireland less equal to those in the rest of the Union they held so dear.
Now after only two decades of moving towards equality with other UK LGBT people, we are once again falling behind. Once again it is those unionists that are saying that we cannot be equal.
While DUP ministers continue to argue with scientists and lawyers that their evidence and rulings cannot possibly be right for the LGBT people of Northern Ireland – though they are for the rest of the UK and Ireland – then yes the whole Ashers situation is actually about power.
The fact is that not all of us are equal with people of similar background, race, disability and sexual orientation with the rest of the Union. If we were, then we wouldn’t need to campaign for equal marriage, we wouldn’t need to rally for it outside City Hall or Stormont and we wouldn’t need to get cakes made to back our campaign, but we would need far more wedding cakes.
Stephen Glenn
LGBT and Liberal Democrats Executive