A school in Dublin has postponed an anti-homophobic bullying workshop following complaints from parents.

A charity, Shout Out, was due to give the workshop to 120 transition year students (15-16 year olds) on Tuesday.
The workshops were called off after facilitators arrived at Coláiste Eoin and were told about the complaints.
The school, in Stillorgan, said they plan to reschedule the workshops but as of yet have made no contact with the group.
The principal of the all boys school, Finín Máirtín, initially said that the “other side” needed to be represented.
The school later clarified that he meant ‘other view points which have been expressed’.
‘Disappointed’
Shout Out, a lesbian gay bisexual and transgender education charity, deliver workshops about anti homophobic bullying and say they educate pupils about tolerance and respect.
Declan Meehan from Shout Out said they were “disappointed” that the school had cancelled the workshop.
“We’ve been to the school twice before and never had a problem before,” he said. 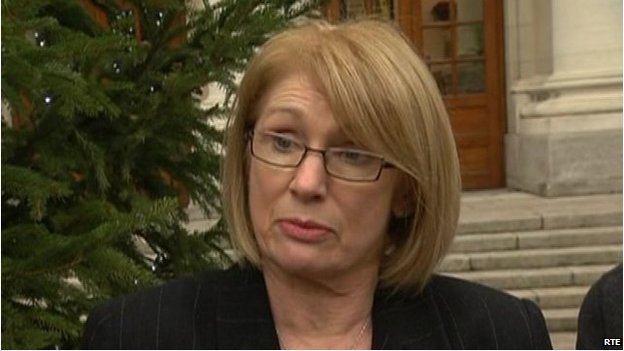 “Our priority is to deliver the workshop and we will accept any invitation to return to the school.”
The school declined to be interviewed but did release a statement.
“On this particular occasion the board of management have received written communications from a number of parents outlining their concerns regarding the workshop,” they said.
“In this context it was incumbent on the board to address all issues and to seek the advice available from Catholic management representative bodies available to secondary schools.
Language and tolerance
“It is proposed to invite Shout Out to make their presentation at a future date in the course of the current academic year.
“Coláiste Eoin is a Catholic school and as such endeavours to promote a caring, tolerant and inclusive school community.”
The Irish Education Minister Jan O’Sullivan said she was “disappointed” that the workshops had been postponed.
Ms O’Sullivan said she hopes the school will “reschedule these important workshops in the near future”.
The Shout Out workshops are led by volunteers aged 20-25 who have experience of being an LGBT young person going through school.
A heterosexual person also takes part in the workshop and use of appropriate language and tolerance are discussed.
They have delivered workshops to more than 60 schools over the last 18 months.