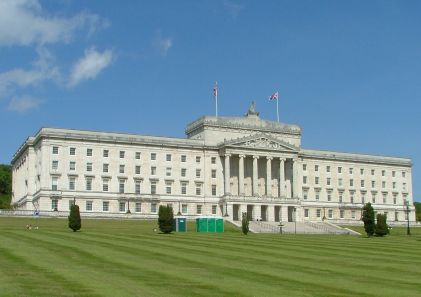 Stormont Building – What is a Conscience Clause worth?

Editorial: The Conscience Clause has been talked about and written about by many factions, both inside and outside Northern Ireland.  Indeed we at NIGRA News have made our own comments on it, and the impact it may have on Northern Ireland.

However, I am now reprinting an article, which though written about  Indiana, USA,  has relevance to us in that it shows the impact that their ill thought out legislation had both on the economy and  in a wider sense peoples

Please take the time to read the article and also the case study.  We would welcome your comments and observations on these two items.

Today, the Human Rights Campaign, the nation’s largest lesbian, gay, bisexual, and transgender (LGBT) civil rights organization, sent a new case study to state lawmakers across the country urging them to reject anti-LGBT bills like the religious refusal bill in Indiana that would put LGBT people at risk for discrimination. The case study comes after the Indianapolis Star reported this week that the state “plans to spend millions to repair [its] image after RFRA.”

The document will be sent to state leaders in 12 states: Alabama, Arizona, Florida, Georgia, Louisiana, Michigan, Missouri, North Carolina, North Dakota, Ohio, South Carolina, and Texas. It will also be sent to early 2016 states: Iowa, New Hampshire and Nevada.
“The lesson from Indiana is clear. Voters are rejecting lawmakers who are willing to put their state economy at risk in an attempt to further discrimination,” said Fred Sainz, HRC’s Vice President of Communications. “Elected officials, and governors specifically, who continue to experiment with these anti-LGBT bills that allow businesses to discriminate are going to find out that a $2 million PR campaign only scratches the surface when it comes to the cost taxpayers will have to bear for bills that enable discrimination.”
View the full case study HERE. The document showcases a new poll of Hoosiers by the Human Rights Campaign. That poll showed that a stunning 75 percent of Hoosiers report that Gov. Mike Pence’s push for the “religious refusal” bill has damaged Indiana’s business climate. It also showed that, when asked, “Do you think businesses should or should not be allowed to refuse service to someone because of their sexual orientation or gender identity,” voters said businesses should not discriminate by an overwhelming margin of 70 to 24. A majority of Republican voters (58 to 36) said that businesses should not be allowed to discriminate.
The case study shows how the political environment has deteriorated significantly for Gov. Pence. More Hoosiers now think the state is on the “wrong track” than “right track,” – his personal approval ratings have plummeted – and he’s now tied with a potential democratic challenger, in a state that President Obama lost by 10 points in 2012. 53 percent of likely voters said the debate left them with a less favorable opinion of Pence