Normally, when someone declares oneself a person of faith (in my case Catholic), the public – with justification – will make the presumption you are a staunch upholder of the status quo in society. However, such a presumption is not justified anymore.

Over the past 50 years, there has been a significant change occurring, especially within the Catholic Church.

This change is not seen among the hierarchy, but is very evident among the non-clerical lay people, who have decided to remain in their Church to demand reform. Very many Catholics, especially in the Western world, do not accept the traditional teachings of their Church and yet still insist they are true and loyal followers of Jesus Christ.
When the media reports that the Catholic Church – from the Pope down – is against marriage equality, it does not 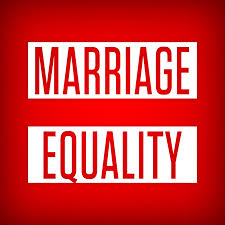 mean that such a view represents the totality of its members. Modern theology sees the Church not as a static

, hierarchical power structure, but as the people of God in movement through history. There are leaders, of course, but they are out in front, exercising true leadership not, as in the past, demanding absolute obedience from their sheep-like followers. Catholics do not leave their self-autonomy and freedom of action at the door of their church when they enter it. At the heart of this new vision of the Church is the certainty that Jesus of Nazareth proclaimed a vision of an alternative society based on justice, equality and inclusivity.

As followers of the way of Jesus, we cannot accept an unjust society where between 5%-10% of citizens are marginalised when it comes to marriage equality, while the rest of their sisters and brothers can enjoy the full exercise of their constitutional right to marry.

When gay people are denied marriage equality, it not only perpetuates an unjust society, but it also diminishes the dignity of those who refuse to recognise the rights of their gay and lesbian sisters and brothers.
BRENDAN BUTLER
By email
– See more at: http://www.belfasttelegraph.co.uk/opinion/letters/catholics-recognise-equal-rights-for-gay-marriage-31207385.html#sthash.Uq99ySpc.dpuf